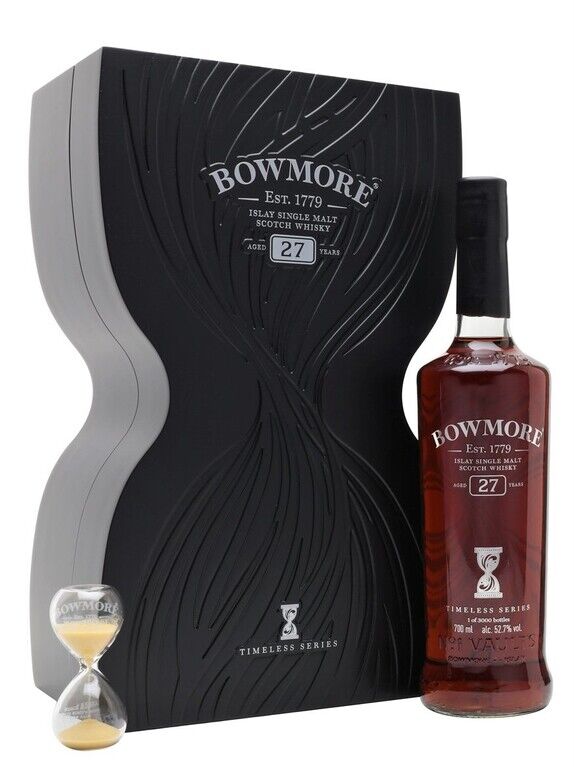 This is a 27 year old single malt from Islay's Bowmore Distillery, which has been released as part of the very snazzy Timeless Series.

It was matured initially in sherry and ex-bourbon casks for 15 years, and then moved over to first-fill Oloroso sherry butts for another 12 years. Following that, the whisky was bottled up at cask strength, and has been presented in a very stylish box alongside an actual hourglass!It counts down three minutes, which is time enough for you to really savour the whisky's nose before you take your first sip.

For product updates & to keep in touch with us

We regret to inform you but due to the legal age requirement you are not permitted to enter this site.